Following to the thumbnail assignment we now were to choose just one of them, and construct a character out of it. I choose this one.

The reason was because I couldn't choose. So I decided to challenge myself and do a female character, as I've had difficulties with females. This one was the one I liked the most of the female thumbnails I had, because of the linear highlights which speaks to the image I have of the game world as a dark neon city. As for the clothes I think they fit the profession of a parkourist but also with designer details. Making her look interesting although she is a regular human. And this thumbnail turned into this. 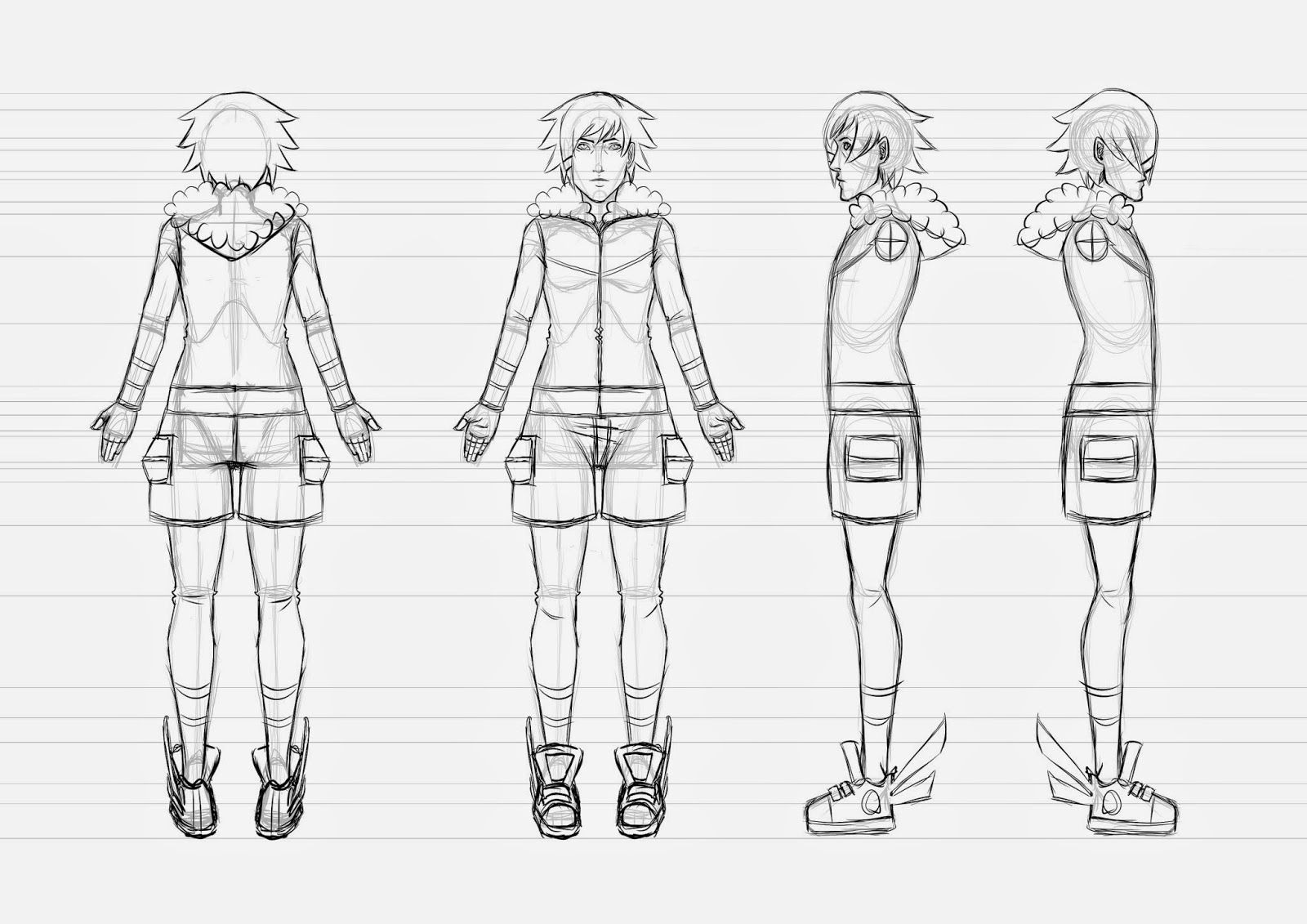 Her design was kept almost to the letter, except for her hair. Her hair was changed because it would fir more to her personality design of a confident and reckless youth.

The purpose with this this assignment, to make a turn around of a character, was becouse a turn around is needed when modelling a character. A modeler use this sheet to be able so turn it to 3D. It is very important that the pose is simple and that every design element is seen. For example, that is why the arm is removed when viewed from the side, so that the modeler can see what is beneath.
Posted by Crazzity at 19:28

Email ThisBlogThis!Share to TwitterShare to FacebookShare to Pinterest
Labels: 5SD013